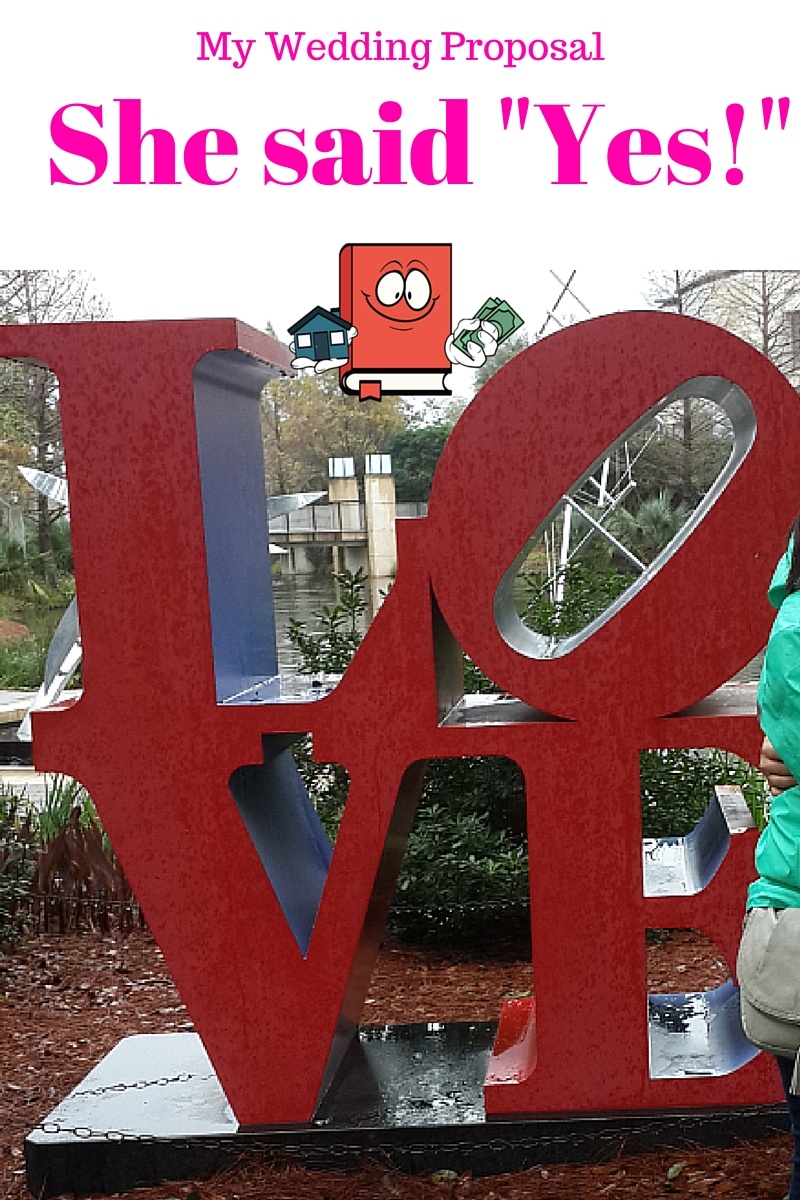 Happy New Years everyone!!  It’s a little late I know but I just got back from my new years eve trip to New Orleans with my girlfriend and man oh man was it a trip for the books!!   This is definitely the best new years I have ever had and the most memorable for sure.   Why you ask?  Well as you can tell from the title of the post, I am now officially engaged to be married now.   I proposed in New Orleans and she said yes!  Details below.

My girl and I have been together for 2 years.  New Year’s eve is actually our anniversary of when we first officially became boyfriend/girlfriend.   So this past NYE was our 2nd anniversary so to speak.  Prior to ever becoming an item, we were friends and we have actually known each other for about 7 years.  I remember thinking years ago before we ever got together that I wanted to be with her and now feel like the luckiest man in the world.   She is absolutely perfect for me and I want nothing more but to spend the rest of my life with her and have a family together. 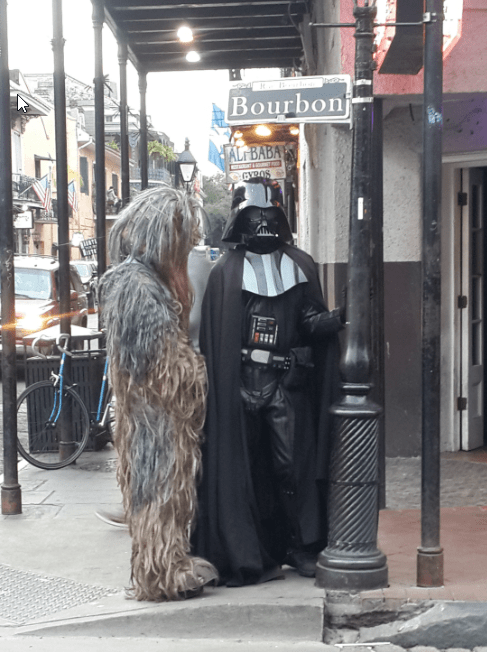 About 6 months ago is when I made the decision and knew that I wanted to propose during new years because that is the anniversary of when we got together however I had no idea where we would spend NYE.   In speaking casually with her I planted the seed of leaving town for NYE, a romantic getaway with just the two of us.    She thought it was a great idea and she chose New Orleans.   We have both already been to New Orleans a handful of times but this would be much different.   Prior trips when we were younger were all about drinking and getting rowdy on Bourbon St but those days are long past the both of us and we just wanted to see a different side of New Orleans.   I mean don’t get me wrong, we love having a great time and we did run into Darth Vadar and Chewbaca while we were there (picture on left) but our college days of getting hammered have been over for a while now.

We stayed at a bed and breakfast just on the outskirts of downtown and we explored areas of the city in which we never have before.    We both are also huge fans of cajun/creole food so were really looking forward to eating awesome meals while we were there.   We were not disappointed at all.  The food was spectacular.   The picture on the right is of an Oyster Po’Boy which was to die for. 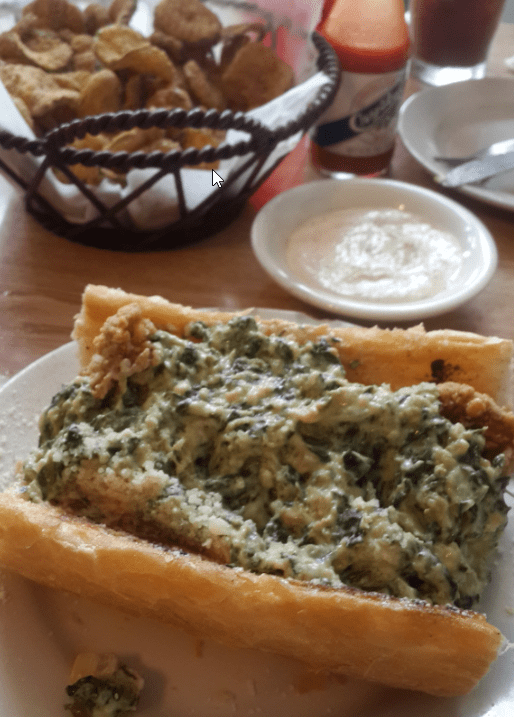 I’m drooling now thinking about it.   So good!!   And as a bonus, New Orleans was also host of the Sugar bowl while we were there.  If you don’t know, the Sugar Bowl is a bigtime college football game in where Oklahoma St was playing Ole Miss.    This made the trip more enjoyable as we got to partake in the fan festivities and college fan ambiance.

We also took a ghost tour which was a ton of fun, explored the garden district, saw the coven house from American Horror Story, went to City Park, went to the national art museum, enjoyed the new years eve parade downtown, witnessed the fleur de lis countdown and drop in Jackson Square, saw the new years eve fireworks, shopped and walked a lot!   I averaged about 17k steps per day while we where there which is great!

Now let’s get to the juicy details of how I proposed and how it all went down.  My first concern was sneaking the engagement ring through airport security and keeping it hidden.  Fortunately I had no problems with that.   I did not have planned where I was going to propose but I did know what I was going to say.  I had been rehearsing lines of what to say for weeks now.   The plan was to carry the ring in my pocket at all times and propose when I felt was the right time and location.    It wasn’t the easiest way to do this but it was the only way because I do not know the city that well and had no idea where we would be at any given time.

The day prior to NYE we went to City Park which is a beautiful park that is home to the Art Museum, botanical gardens, sculpture garden and all kinds of cool old-looking bridges.   I knew we would be spending a lot of time here and somewhere in City Park would be the perfect place to propose.   After visiting the Art Museum (which was super cool by the way) we decided to take a stroll around the park.    It wasn’t too far off when we ended up in the sculpture garden.   This was a beautiful landscape with a bunch of really cool sculptures.    Upon walking in I noticed a sculpture that spelled out L-O-V-E in the distance. 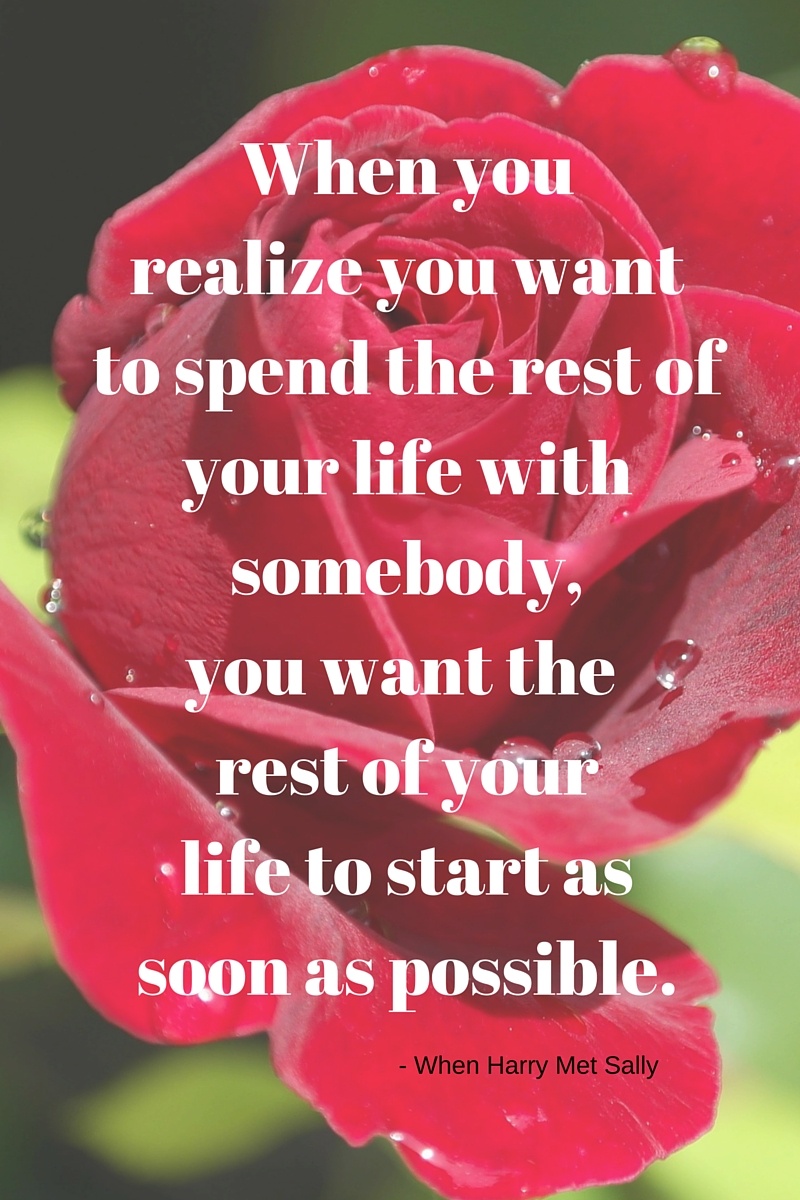 My heart immediately began racing and butterflies were flying strong in the stomach.   This was it folks!  I knew it was going to be in front of this LOVE sculpture where I propose.  Time seemed to go in slow motion on the way to the sculpture and I was also trying to time it so that we would be the only ones there.    I slowed the pace a bit to let another couple pass by.    I was trying to remember the lines I would say but they would not come to me at all.    All that rehearsing of what I would say was out the door.   I would have to wing what I say.

As we pulled up the sculpture and admired it for a little I began telling her how lucky I felt to be with her and that my whole life had changed since we were together.   My heart at this point was still racing and I didn’t have the ring out of my pocket yet which was an issue.  I told her to take a picture of the sculpture and as she did that, I pulled out the ring and had it in my hand.   When she finished taking the picture, I started letting her know about how I would love to be with her the for the rest of my life, start a family and grow old together. 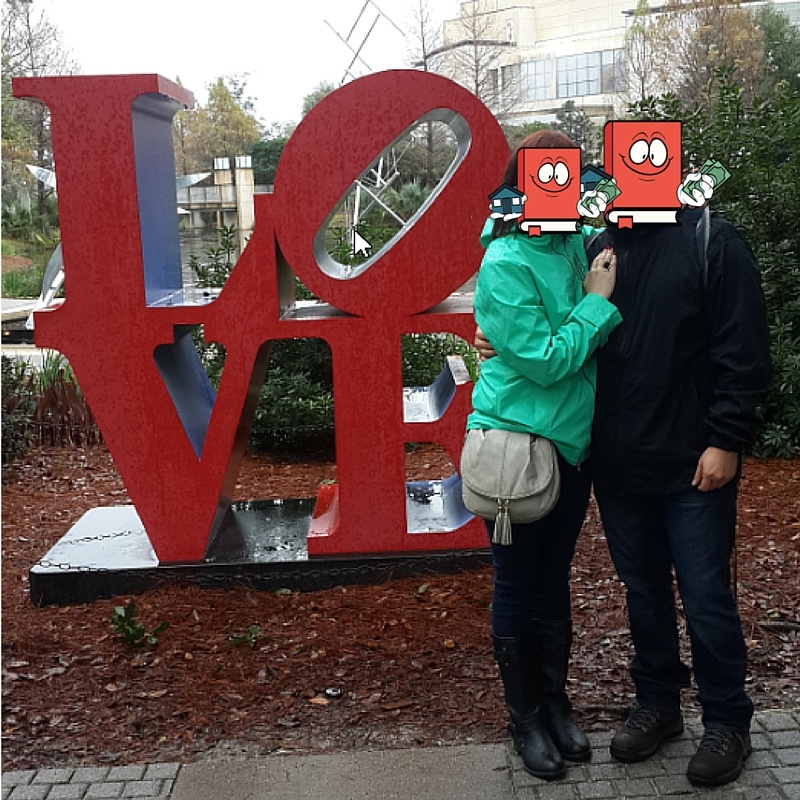 I said some more words after that but I don’t recall exactly what they were.   It is hard to remember exactly what I said because of all the emotions going through me at that time.   Immediately after saying those words is when I got on one knee, right in front of the LOVE sculpture, exposed the ring and said “Will you marry me?”.    My eyes teared up as I said it and so did her’s.   It was very emotional I had no idea it would be like this.  The first thing she said was “is this really happening?”.  Not exactly the words I was expecting but she meant them in a good way, believe me!  A few seconds later she said “oh my god, yes, of course I will marry you”.   I don’t remember the last time I cried of joy or if I ever even have at all but I can tell you for sure there were tears of joy trickling down my face and hers at this time.     We hugged for about 5 minutes and kissed and soaked it all in.  She couldn’t believe it and asked if she was dreaming in which I said “no babe, this is real, you are going to be my wife”.

A few minutes later a family was walking by and I asked if they could take a picture of us in front of the LOVE sculpture.   The picture here on the right is the one they captured for us.   I covered both our faces with the Cash Flow Diaries logo to remain anonymous so I do apologize for that.

The moment was very surreal and it felt like it all happened so quick  and was very emotional.  New Orleans and specifically this sculpture garden is going to go down as a priceless landmark forever in our memories.

It’s no longer about my personal journey to financial freedom, but about “our” journey” to it.   So although 2016 will be an interesting year financially with a wedding/honeymoon and all that, I am going to try even harder to be frugal with my money and make smart investment decisions.    Will you be on this journey with us?

Check out these other posts: